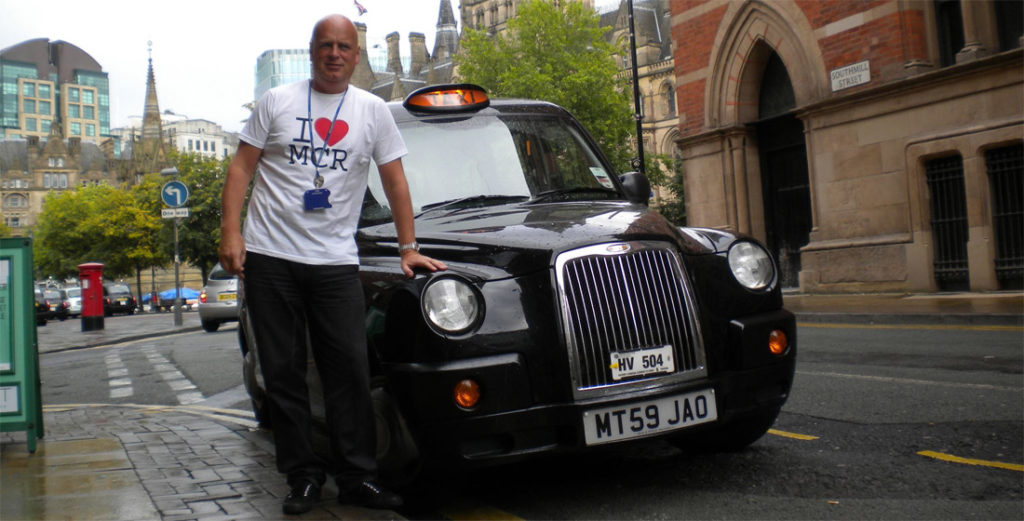 Manchester Tourism Awards recognises and awards the high quality of the tourism services offered by the region’s businesses each year.

At last nights event, Manchester Taxi Tours’ very own taxi driver and tour guide John Consterdine was one of twelve winners of the night, and was awarded “Tourism Star of the Year”.

The judges praised John as “a real shining star” in the industry, and it was said that “detail of the entry was unsurpassed and met the criteria faultlessly – a true asset to Manchester.”

Andrew Stokes, chief executive of Marketing Manchester, said of the awards: “It’s been another exceptional year for tourism in Greater Manchester and these awards are our chance to recognise some of the organisations, venues and individuals that go that extra mile to increase standards across the region.

“I’m delighted for all of the winners who will now be able to go on and compete on behalf of Greater Manchester at a national level at the VisitEngland Awards for Excellence competition.”