Top 10 must see sights for anyone moving to Manchester

If you’re thinking of moving to Manchester, then you’re in for a treat.

It can be a bit daunting to up sticks and go, but when you’re relocating to a place as great as Manchester, it makes it that little bit easier.

Manchester has tons of fantastic sights to see and history to explore, but it can be difficult to know where to start.

That’s where we’re here to help, by narrowing down our top 10 Manchester locations… 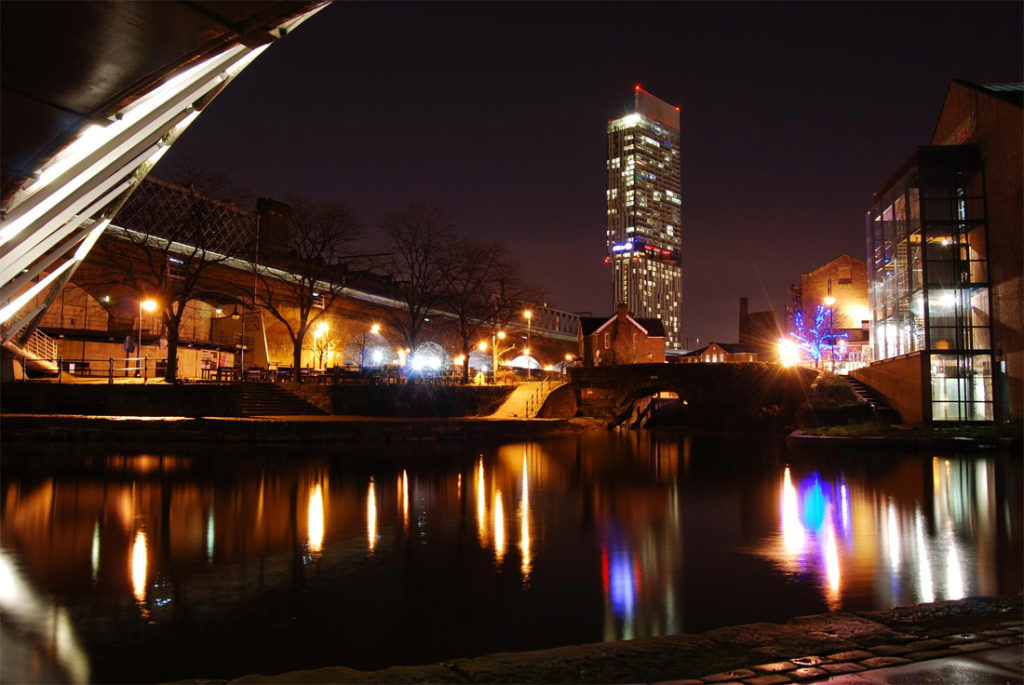 Castlefield is the oldest settlement of Manchester, a Roman garrison founded in AD79. There’s plenty of fascinating sights to see in Castlefield, including The Bridgewater Canal and Liverpool Road railway station, known for being the oldest mainline station in the world. Of course, Castlefield is also home to the Museum of Science and Industry, the stunning Merchant’s Bridge and the only pub in the world to be named after a potato. 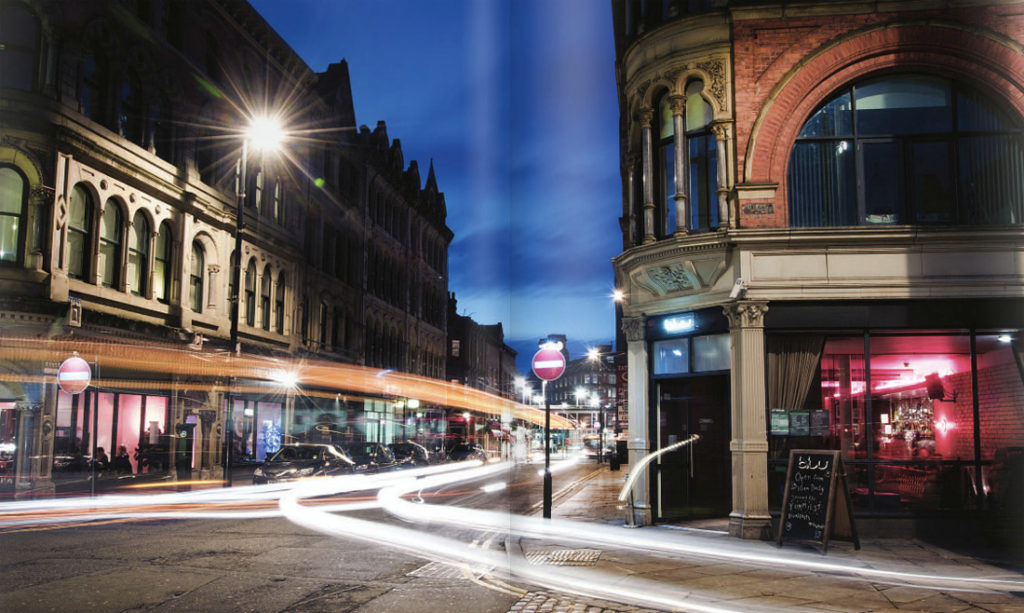 Now seen as the “trendy” part of Manchester, the Northern Quarter is bustling with cool, unique bars and restaurants, along with traditional pubs and independent coffee shops. The artsy and creative Northern Quarter retains some of its history with cobbled streets and the remains of some industrial and warehouse buildings from before it was hit with modern development and urbanisation. 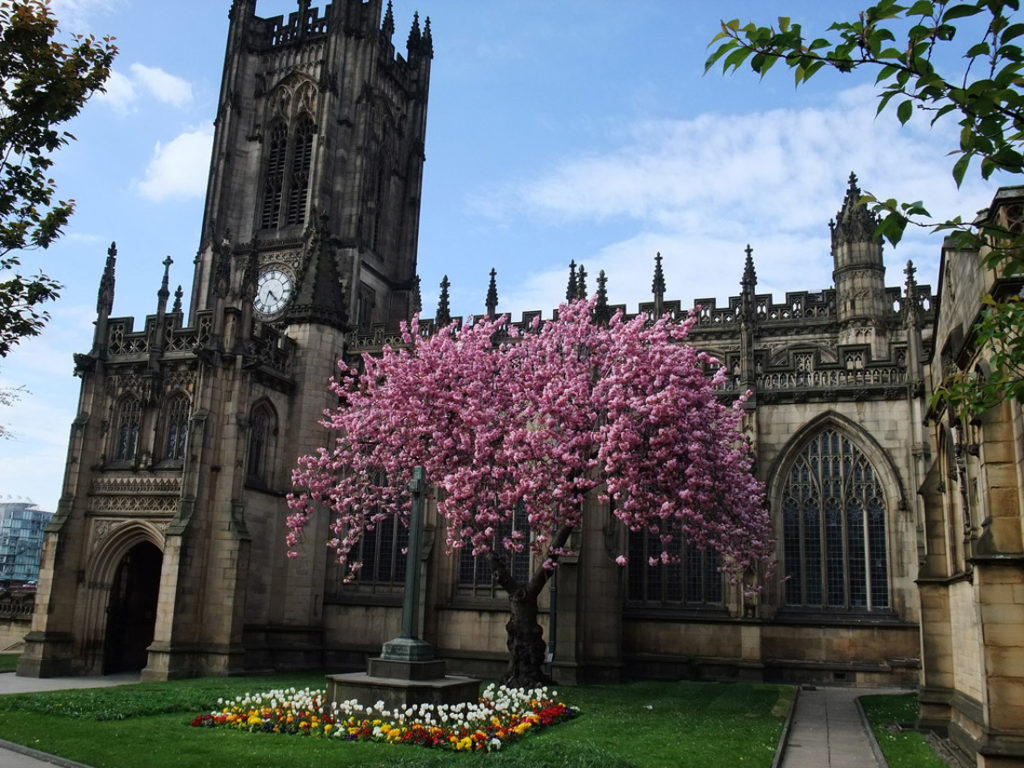 The main attraction of Manchester’s Medieval Quarter is the 600 year old Manchester Cathedral. Other popular attractions, and definitely worth visiting, in this area include the National Football Museum, Eric Gill sculpture, and the oldest public library in the English speaking world; Chetham’s library. Also not to be missed is the ‘Hanging Bridge’ monument, the Saxon and Shambles Square. 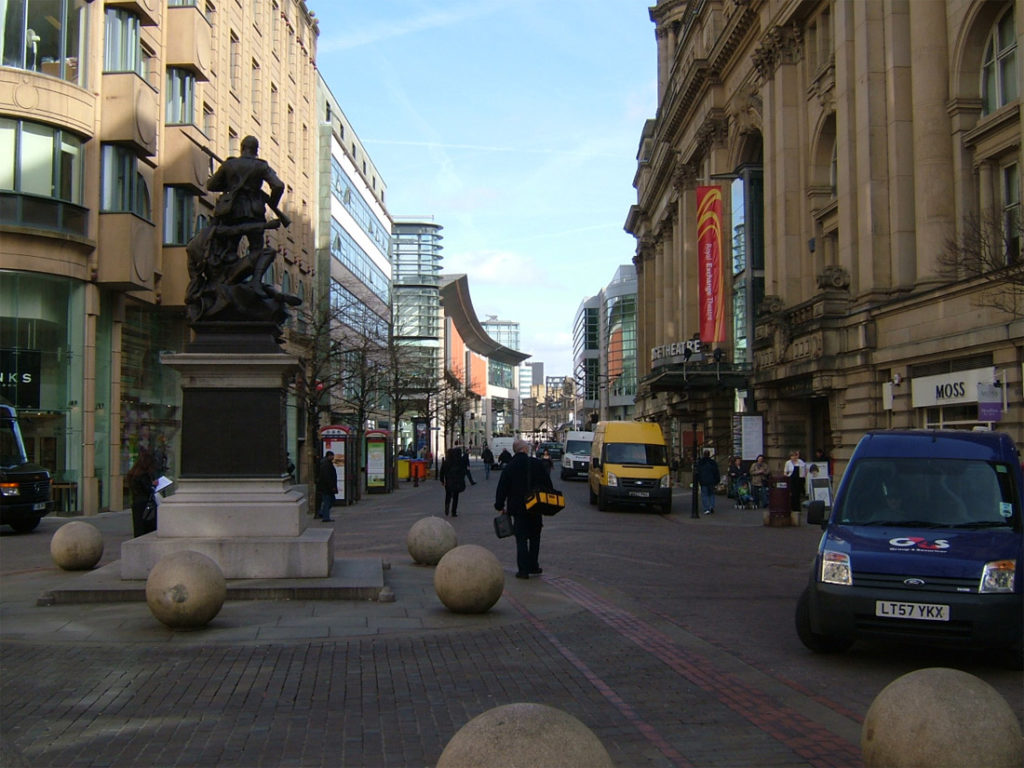 The centre of Manchester, which holds the cartographers mark. At the heart of St Ann’s Square, lies St Ann’s church, dating all the way back to 1712. Standing in St Ann’s Square, you’ll be surrounded by some of the most beautiful architecture, which becomes all the more impressive from inside the church itself. It’s also home to the Royal Exchange, which once stood as the largest trading room in the world. 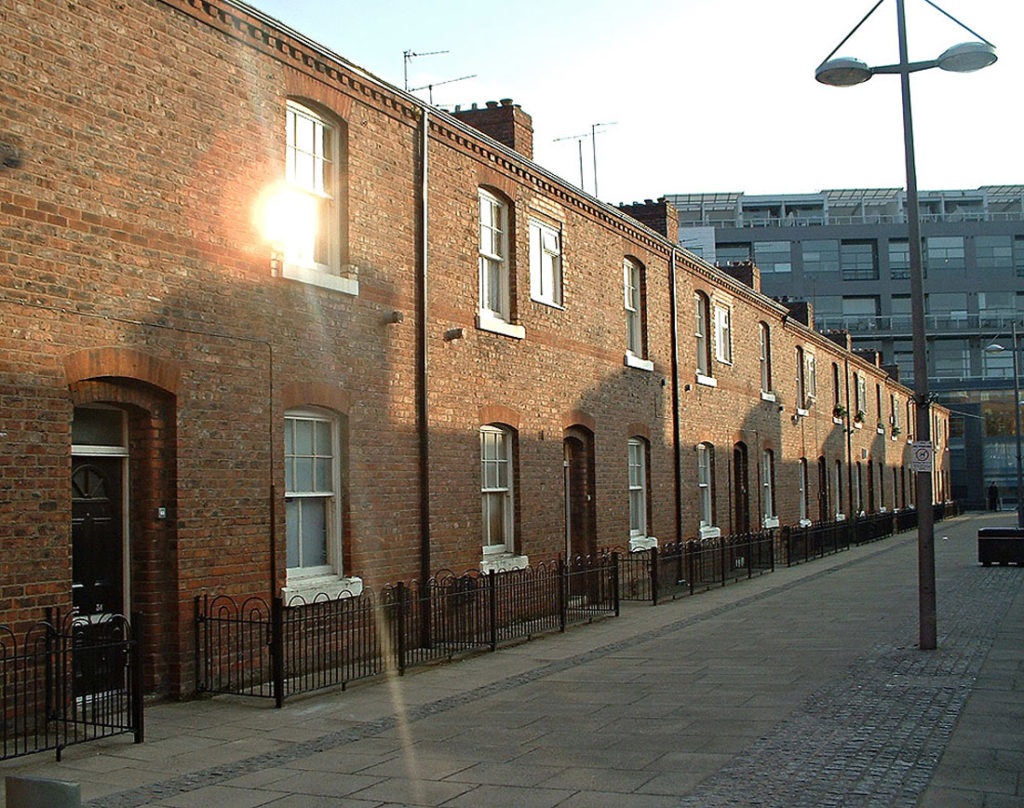 The birthplace of the factory system, and a component in the Industrial Revolution, Ancoats was named “the world’s first industrial suburb”. Here, there’s so much to see and learn about Ancoats’ steam powered mills and the transformation of the Cotton industry from the very place that it happened first.

The home of Manchester City FC, the Etihad Stadium is the blue side of the city. The stadium currently holds around 55,000 people, with even more exciting expansion work planned for the future. It has been the ground of MCFC since 2003, after they relocated from Maine Road. The first event ever held at the stadium was the 2002 Commonwealth Games, as it was built for this exact purpose.

From the blue side to the red, it’s Old Trafford – the stadium of Manchester United FC. The team moved here all the way back in 1910, while they were still known as Newton Heath LYR. Surpassing SportCity in size, Old Trafford seats 75,635 on match days and is the second-largest football stadium in the UK. Impressive, eh? 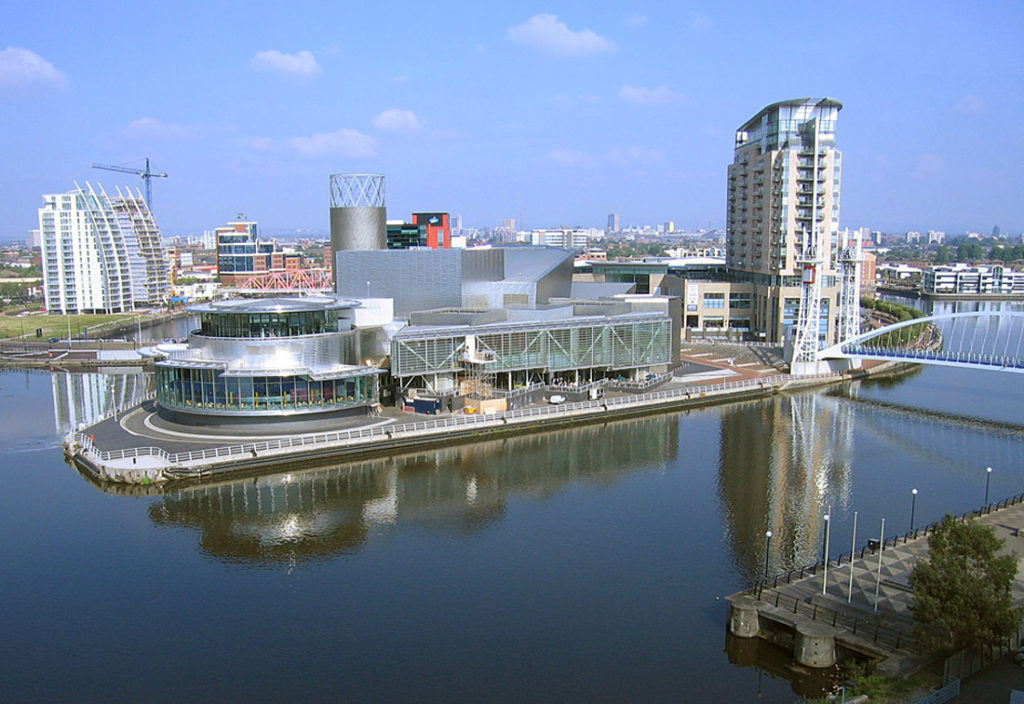 Once the Manchester Docks, now one of the UK’s biggest urban regeneration projects. There’s plenty to see and do at Salford Quays, including the Imperial War Museum, The Lowry theatre and gallery, and of course MediaCity. 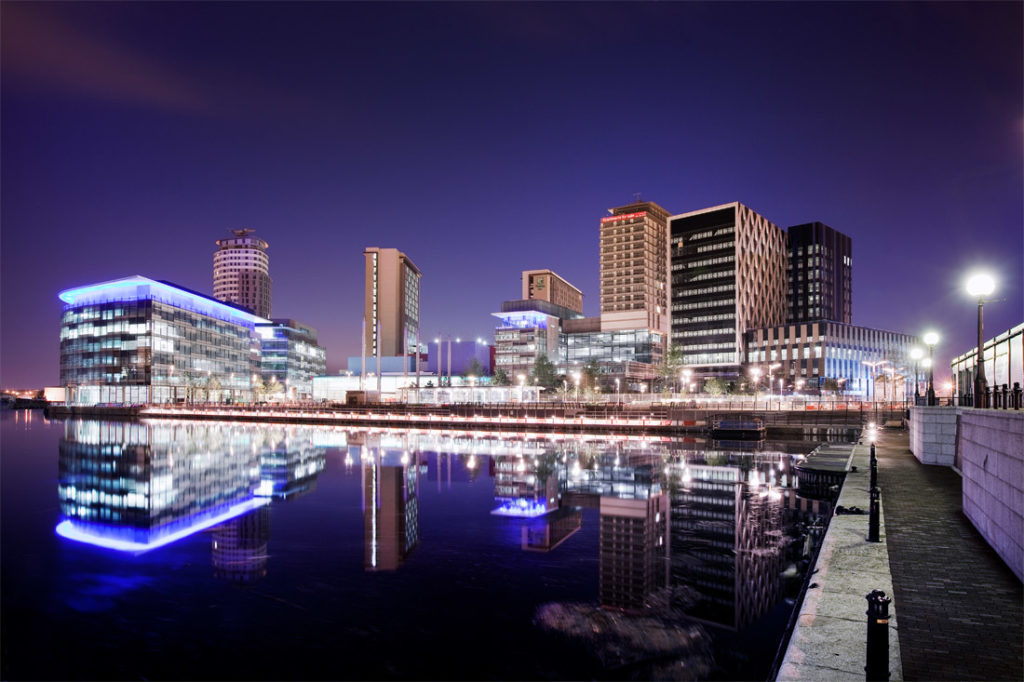 Media City is the digital hub of Manchester, the home of some of the UK’s biggest production companies including the BBC and ITV Granada. In 2013, it also became home to one of the nation’s best loved soap opera’s, Coronation Street. 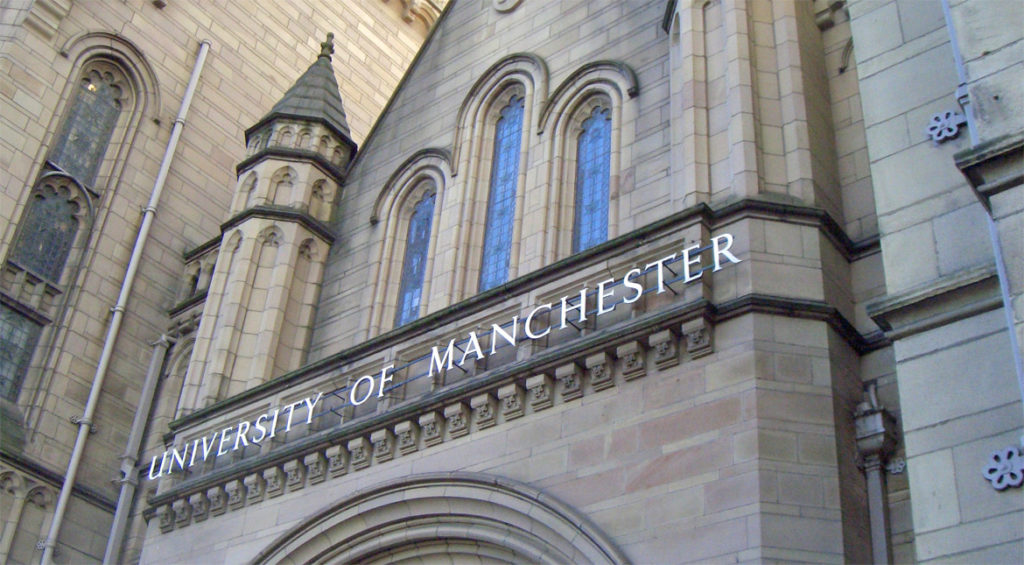 With all of that being said, if you’ve not visited Manchester yet – you should! It’s a fantastic city to explore – whether that be via walking, driving, on a Manchester taxi tour or navigating through the streets on your eBike – the city’s got something for everyone.

Now, are you still wanting to re-locate to Manchester?

Of course you are.

For a warm Mancunian welcome and a unique tour of the city centre, from Manchester’s only fully qualified Tour Guide and Taxi Driver, please contact John Consterdine.

The best of Manchester: 10 reasons why we love the city