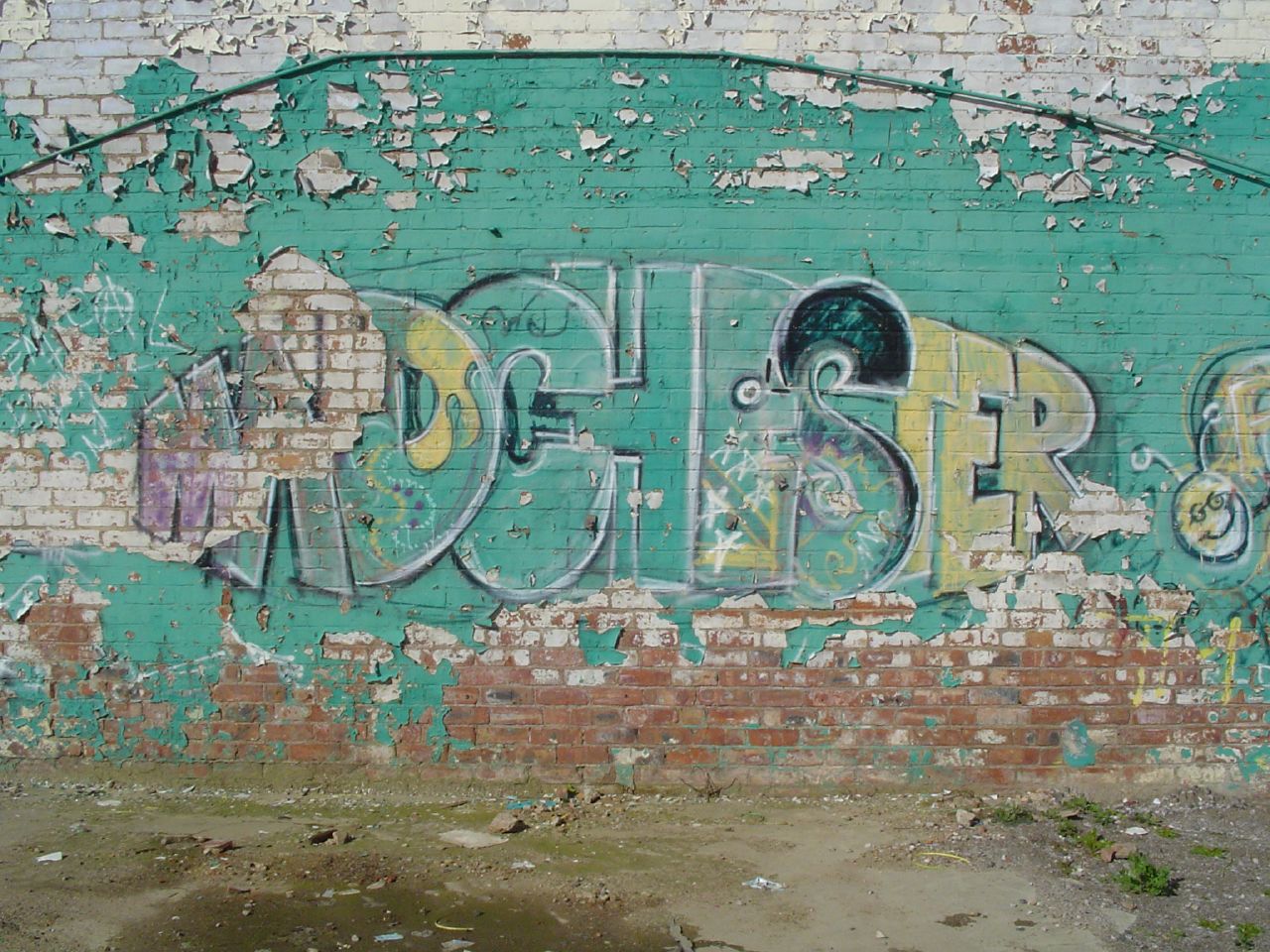 We’re proud of our music legacy here in Manchester, and we’ll take any and every opportunity to celebrate it. Recently, we took the Virgin Atlantic team on a musical tour of Manchester, to share some of the greatest musical landmarks in the city. We visited various destinations including The Smiths room at Salfords Lads Club, […] 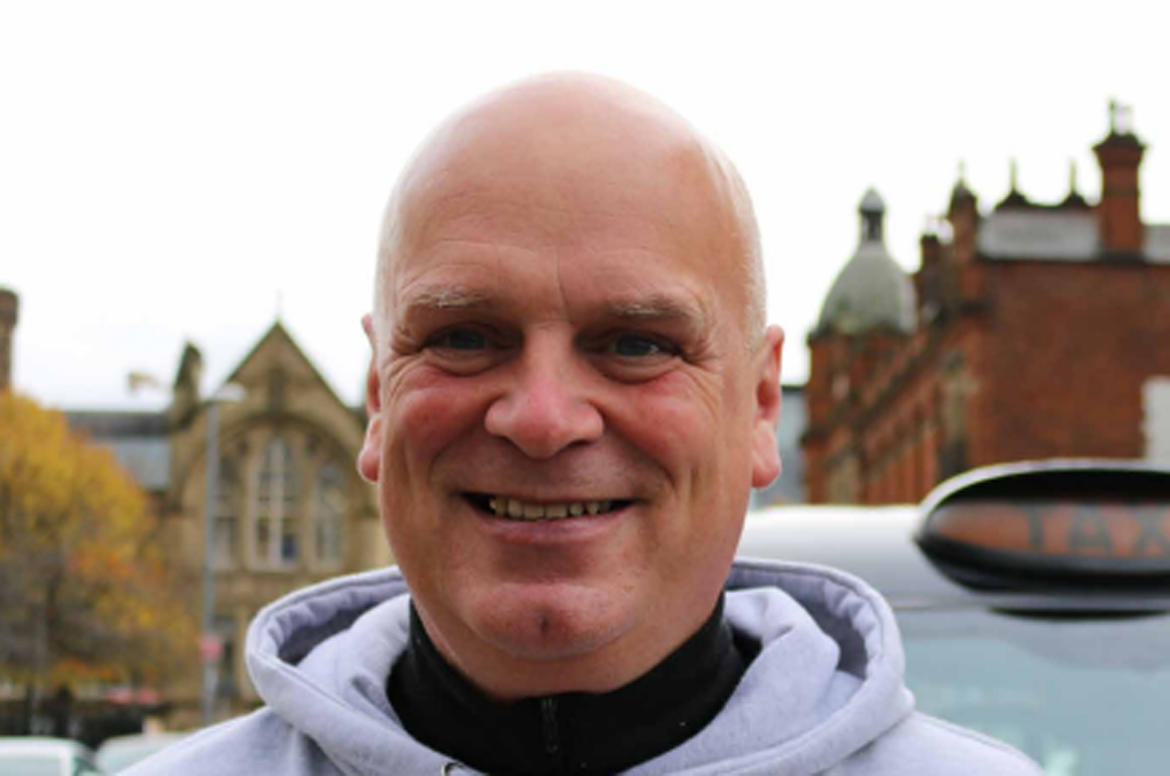 Our very own taxi driver and tour guide John Consterdine features in the Spring 2017 edition of Manchester Metropolitan University’s IMPACT magazine – the Innovation edition. The feature goes in-depth about how John’s career came to light, and how he’s grown his successful business over 5 years. “By combining and refreshing the idea of guided […] 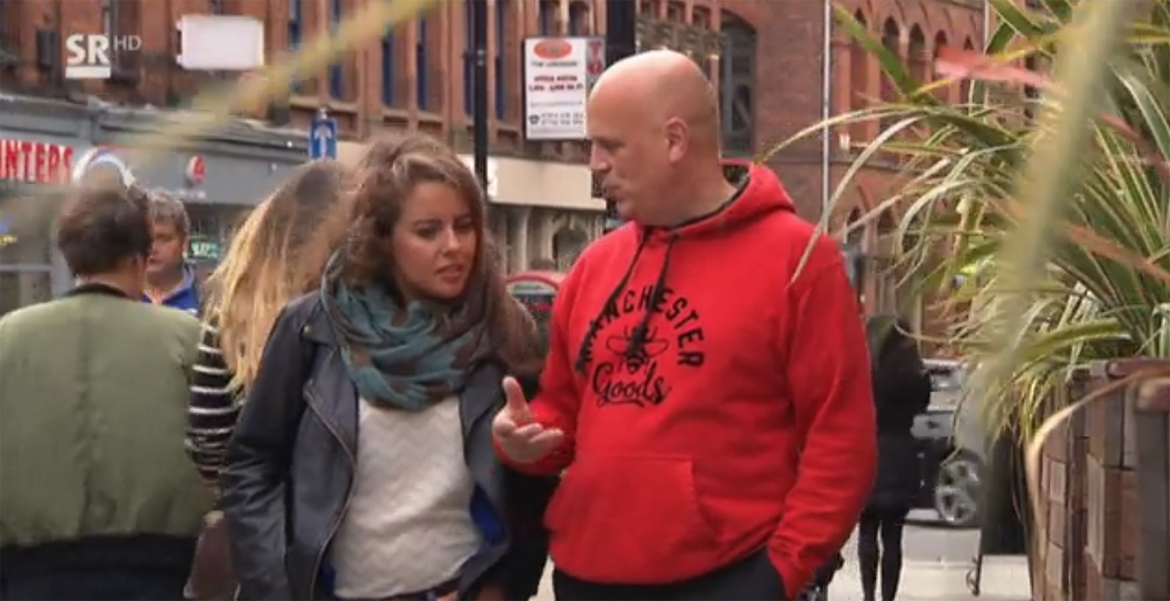 When I first started doing the taxi tours I had no idea where it would lead to, I just wanted to show our fascinating city off to anybody who was willing to listen. Manchester is an amazing city and the intricate knowledge I built up through years of working on the city’s streets, coupled with […] 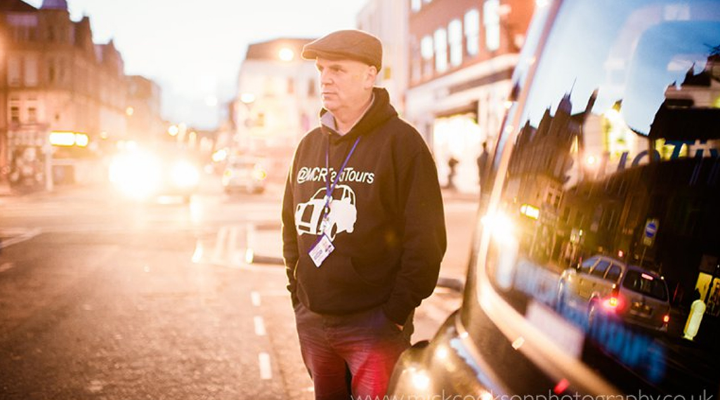 Visiting Manchester? Whether you’re heading to this fascinating city for business or leisure, be sure to make enough time in your schedule to book yourself on a Manchester Taxi Tour. Of course, we might be bias, but we really do think it’s the best way to get around the city in an hour or two. Manchester Taxi […]

Want the chance to grab yourself an exclusive print by the one and only Mancsy? Well, you’ve come to the right place. In partnership with Manchester Taxi Aid, an organisation formed by our very own John Consterdine and Ian Reid MCR Blackcab Ltd, we’re auctioning off THREE Mancsy exclusive designs. Manchester Taxi Aid aims to raise […] 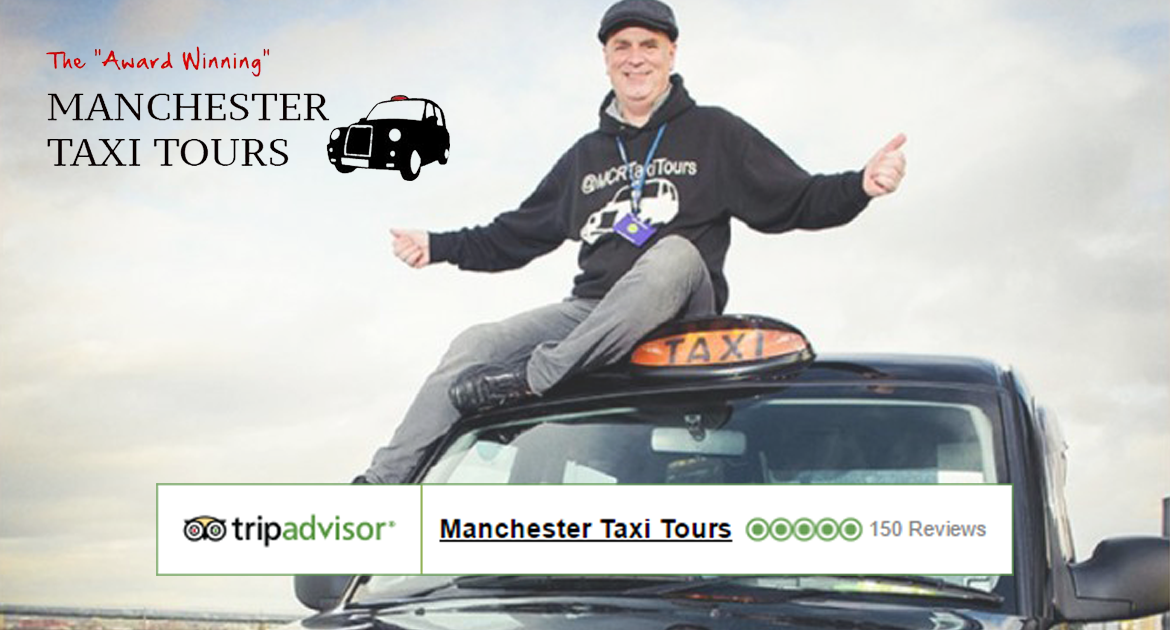 Here at Manchester Taxi Tours, we pride ourselves on our high quality customer service and satisfaction. That’s why we love getting feedback from our customers, and are proud of our reputation on TripAdvisor. We’ve just reached 150 reviews on TripAdvisor and would like to say a HUGE thank you to everyone who’s taken their time […] 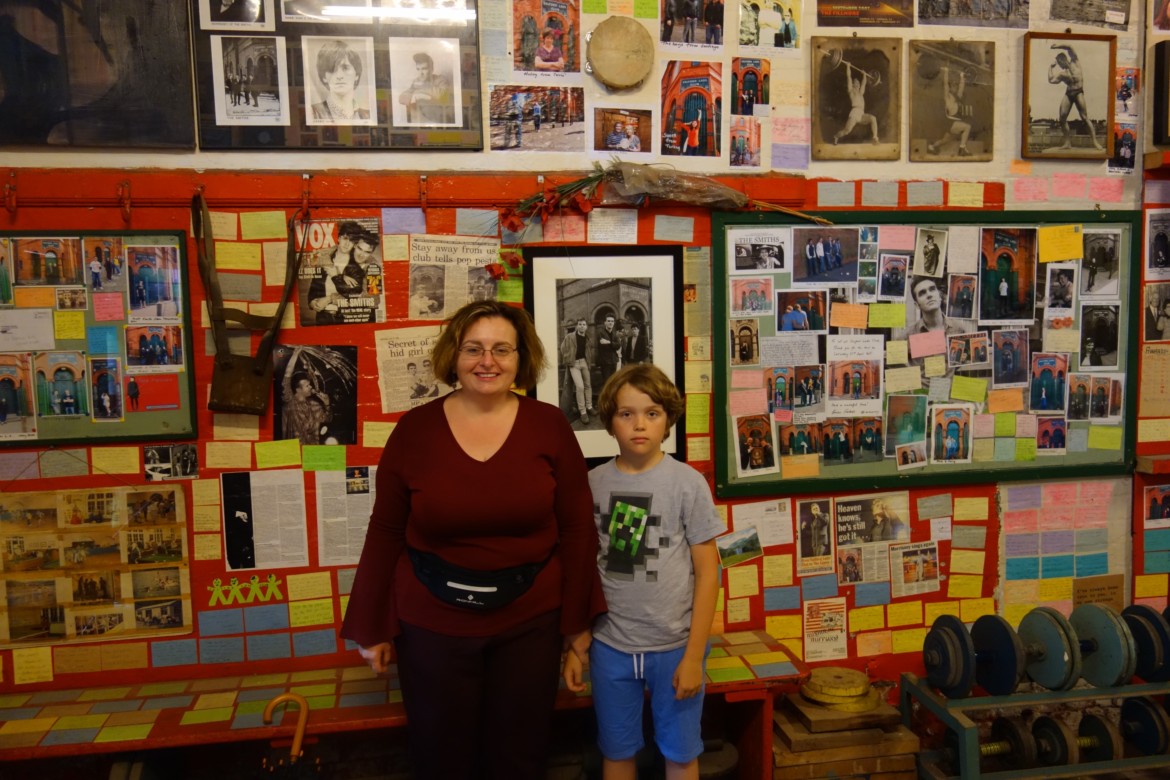 Sunday Mirror Travel: "The best way to see everything is to take a taxi tour with John Consterdine"

Manchester Taxi Tours appeared in Sunday Mirror’s travel column this weekend. The newspaper mention comes as our latest bit of media recognition, following Sunday Mirror’s travel journalist Claire Murphy’s very own tour of the city with Manchester Taxi Tours. The tour was tailored towards the Salford Quays area, with a focus on LS Lowry. Highlighting […] 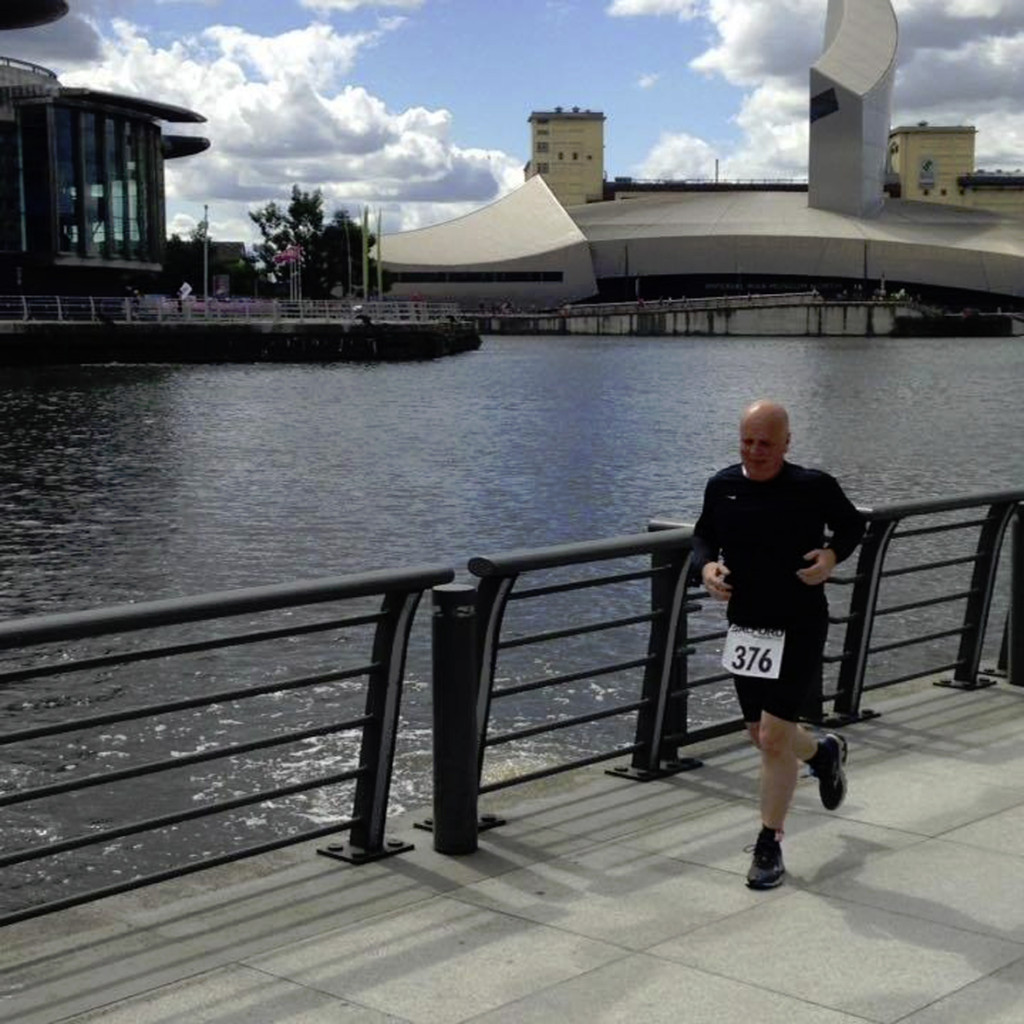 Join the UKFast City of Salford 10k with John Consterdine

Manchester Taxi Tours’ John Consterdine is taking part in the Salford 10k, and you can too. The event, run by Sports Tours International, will take place on Sunday 4th September, and will start on the MediaCityUK Piazza before heading along Broadway, Trafford Park and back across the MediaCityUK bridge to the finishing line. Manchester Taxi […] What is it that brings millions of visitors to Manchester every year?

Manchester, UK. The home of British dance music, modern computer science and the world’s best soap, Coronation Street. In our opinion, Manchester is the greatest city in the country. We might be biased, but it wasn’t named the best UK city to live in last year for no reason. So, it appears that we share our […]